Finally have the blog looking a bit more reputable. I found a nice Ghost template to start with (credits down below) until I decide to make my own. I also managed to do some fun edits to make the template a bit more usable for me.

Through this process, I have learned a great deal about deploying Ghost into an AWS EC2 instance and how to SCP and SSH into my instance, things I previously had not been required to do. I managed to get CyberDuck (a nifty little app available on Mac) to manage SCPing into my instance and copying changes.

The number one thing I learned during this process was never underestimate the lack of permissions you have on your EC2 instance. You will almost certainly need to chmod your /var/www/ directory. Or at least the piece you plan on accessing through SCP.

Another small problem I ran into: I lost my private key file due to a computer reimage (preceded my an unrecoverable crash... I sudo-ed the un-sudo-able). Due to these circumstances, I was forced to spin up a new instance of my blog and re-establish everything, including a new key, in order to actually do the commands I was discussing above. On the plus side, I learned a lot about spinning up new instances in EC2, changing over Elastic IP's and rewriting DNS rules in Route 53, but I would have prefered to avoid the entire issue in the first place. Moral of the story: do not lose your .pem files when you get them from AWS. Learn from my mistakes! 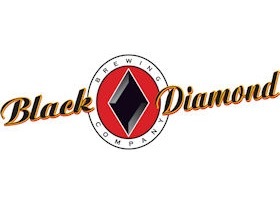 Not long before my unfortunate situation, I was able to meet some of the folks from Black Diamond Brewing. They attended a "Meet the Brewers" event at my local growler store Peachtree Growler, where I get a lot of my enjoyable brews. Previously, I had enjoyed their Peak XV Imperial Porter, and let me just say that it was excellent. Perfect blend of sweet and bitter, chocolate and vanilla... The drinkability was actually an issue, considering its ABV of 8.0%. Definitely one of the best porters I have had recently. While waiting for the brewers, I was also able to try some small tastes of two other brews my local growler store had on tap: the Fracas Imperial Red and the White Witch IPA. While both were tasty, I will admit to an extreme weakness for dark beers.

Best of all, the brewers came bearing gifts: a brand new keg of their Tripel Plum and a single large bottle of their upcoming Bourbon Grand Cru. The Tripel Plum is a super tasty tart Belgian tripel, with hints of plums that are added during the brewing process. At 9.0%, the tripel was delicious to drink, but dangerous to drink to much of. The Grand Cru was pure nirvana (especially if you area whiskey drinker, like myself). Dark, rich, and full of bourbon-goodness from a year of maturation in bourbon barrels. Smooth, with huge flavor, this 8.5% take the crown for my favorite so far of Black Diamond's delicious brews. All of their beers manage to hit higher gravity marks without imbuing them with undrinkable hoppy or bitterness. I heard we might be seeing the Bourbon Peak XV Imperial Porter, soon, which might usurp the position of the Grand Cru in my favorites list.

While this post focused more on some of fun brews I have been enjoying as of late, I look forward to my next, more technical entry. Work has us using a new, very interesting CMS (Content Management System) written in Node.js, called PencilBlue. I definitely recommend checking it out. Til next time! Cheers!

Enter your email
Subscribe
I have been remiss in posting for more than three years! It's hard to believe it has been so long, and yet so many thing have happened since then. I have been in the PNW for over three years now. I switched jobs a little over two years ago to
Today I decided to write a quick post about user the Google Picker API on a local machine. Having encountered this issue myself while developing, the solution is not particularly intuitive unless you have edited your computer's host file before. So, first, let us define the problem. I want to
(Phew, well that took awhile. I have been working on the following blog post for a year now. Work has been insane, and this has been the longest post to date by far. Hopefully this is the end of a long hiatus!) Recently, I was required to incorporate local file